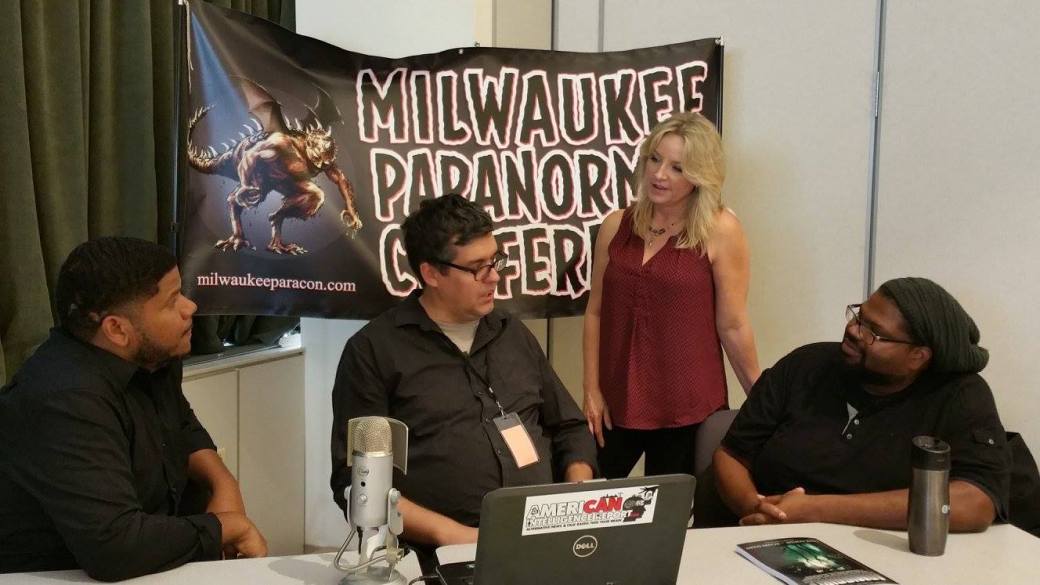 Sad news today. Milwaukee Paranormal Conference participant Damien Jones has died of pneumonia. Damien was a musician, father of three, event organizer, podcaster, and all around great guy who supported his friends and their projects whenever he could.

I first met Damien 10-12 years ago, when I was tasked with directing the Riverwest Follies, an annual variety show produced by the Riverwest Currents. Damien volunteered to participate and wowed the audience with a solo percussion performance, starting onstage and then walking through the audience. “This guy is good!” was my thought at the time. A few years later, I directed the Follies again and Damien’s band, Astral/Subastral performed following the variety show. Damien graciously became the on the spot soundman for the show.

When I announced that the Milwaukee Paranormal Conference was going to happen, Damien was one of the first people to contact to tell me that he’d love to participate in some way. It was the encouraging response of people like Damien that made me feel like the event was worth doing. Damien and his Podcast of the Century co-host Julius Owens showed up to record material and Damien hosted a panel discussion with the leaders of three paranormal investigation teams.

For year 2, we set up a media table that livestreamed to Facebook, featuring various podcast and Internet radio shows. I asked Julius and Damien  to represent the conference with a grandiosely titled “MPC-TV Conference Connection” hour where they interviewed conference guest speakers. They pulled me off the floor to talk, which is one of the few times that weekend I got to sit down and talk and have fun instead of running around problem solving.

For year three, Julius and Damien returned to the conference and for our Jabberwocky’s Ball I asked Damien if Astral/Subastral would do a musical performance of Lewis Carroll’s Jabberwocky poem. I knew they would do something cool with it and they did, a jazzy version with the audience playing along on percussion instruments. I know that he wanted to participate in this year’s Milwaukee Krampusnacht, but was too ill to make it.

Damien was planning a show for his birthday this Friday at Company Brewing with his band and other musician friends. In my last conversation with him, I told him I would be attending. I will be, because the show is still going on as a celebration of his life.  Show proceeds will be given to Damien’s family. More event info here: https://www.facebook.com/events/165919144034502/

There is also an online fundraiser for Damien’s family. Please donate: https://www.gofundme.com/damienjonesmemorial