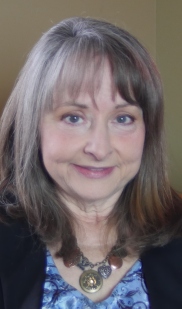 Linda S. Godfrey is the author of 16 published books, including Weird Wisconsin, Monsters of Wisconsin, The Beast of Bray Road, and American Monsters. She is a frequent guest on national TV and radio shows such as Monster Quest, Monsters and Mysteries, Inside Edition, NPR, Coast to Coast AM and her books have been featured in articles in Parade magazine, Huffington Post and CNN.com. An active field researcher and investigator, the former newspaper reporter and teacher lives in southeastern Wisconsin.

Jim Sherman is a High School history teacher, track and cross country coach, triathlete, father and an investigator with the Bigfoot Field Researchers Organization (BFRO). He has done background research for Animal Planet’s television series Finding Bigfoot and even appeared on the “Super Yooper” episode. He currently organizes expeditions for the BFRO all the while maintaining remote recording stations throughout Michigan. His early interest in cryptozoology, including a random trip to Loch Ness, was heightened by a frightening experience he had while camping in the Upper Peninsula of Michigan in 1990.

Jim’s research will be featured in a book due this June called Monster Hunters by Tea Krulos. Jim is currently working on his own book detailing his experiences searching for Sasquatch.

Jim’s contribution to Sasquatch data involves audio captures that he makes available to the public and research oriented videos that he produces to demonstrate evidence collection techniques.
Websites: www.bfro.net, www.souncloud.com/jim-sherman

J. Nathan Couch grew up in the foothills of Northeast Georgia’s Appalachian Mountains. Given the area’s rich tradition of ghost stories and folklore, it’s no wonder he developed a passion for the bizarre and the unexplained.

Nathan is currently a resident of West Bend, Wisconsin and is owner and tour guide of the Downtown West Bend Ghost Walks. His first book Washington County Paranormal: A Wisconsin Legend Trip was published in 2012, and his critically acclaimed follow up, Goatman: Flesh or Folklore? was published in 2014. He’s also written articles and columns for WisconsinSickness.com, and CultOfWeird.com to name only a few. Somewhere in the midst of it all, he’s found time to be a guest on Ground Zero with Clyde Lewis, Darkness Radio, Mysterious Universe, and The Grand Dark Conspiracy.
When he isn’t writing about ghosts and monsters he’s usually talking about them with Mike Hoke on The Strange Side with Mike and Nate, a weekly Internet radio show that airs live each week on ZTalkRadio.com, or chasing ghosts with the Paranormal Investigation and Research Society.